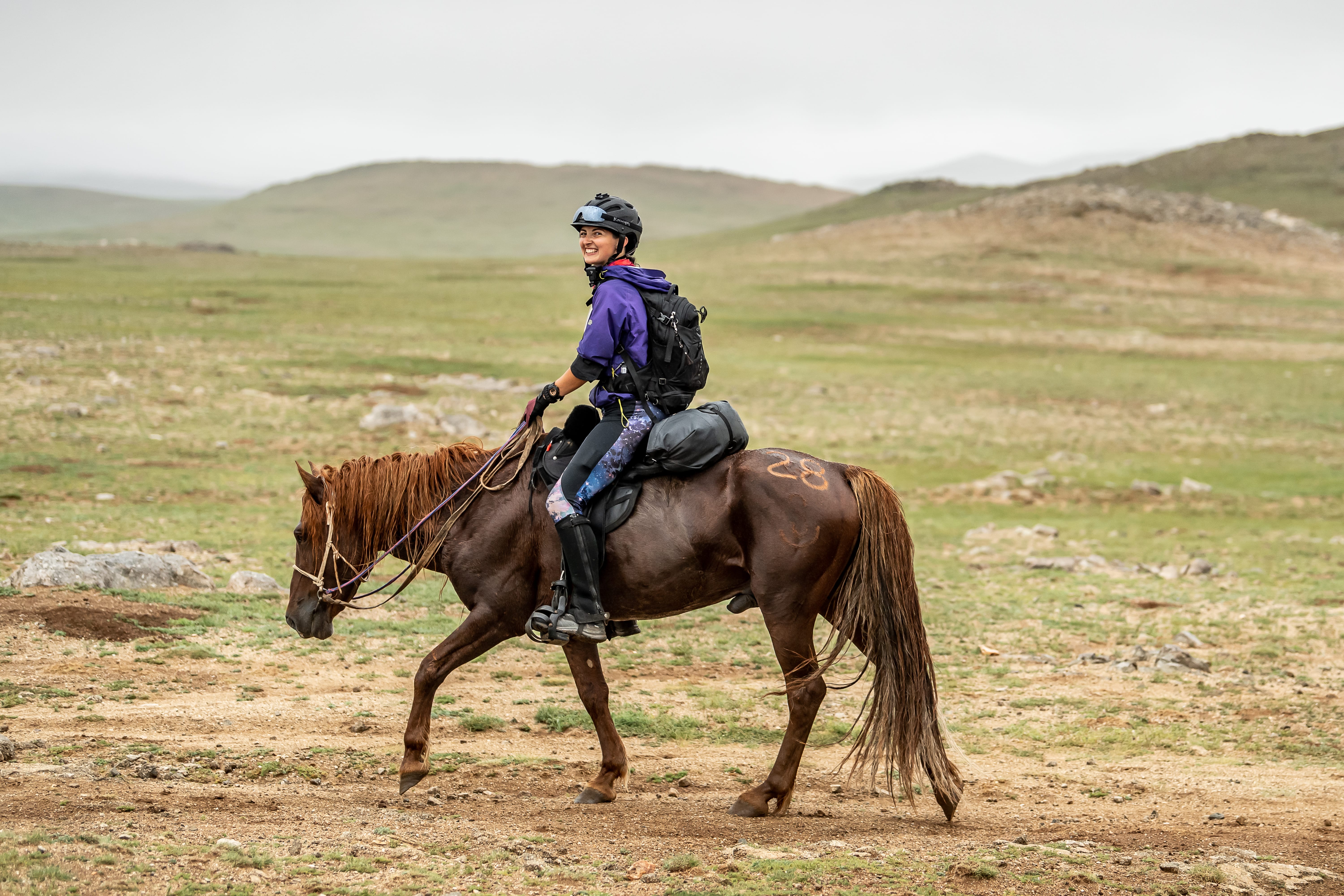 Cold and wet – but great to be up and going.

The first day of the Mongol Derby we were met with rain. My original horse for the start line turned out to be lame, so he was swapped for a red stallion who bucked with the herder. A lot. I was nervous but he turned out to be brilliant and we flew to the next station in no time.

I quickly transitioned to my next horse, one I decided to call Frosty because of his frost-bitten ears. He was a firecracker and galloped flat out for most of the leg. As we came into the next station though, he lost some steam, so we walked in for a while. I wound up nearly hypothermic from the cold and had to spend a lot of time at this ger trying to warm up.

Time was ticking and I really wanted to make three stations, so I finally dragged myself out of the warm ger and out into the cold. The rain was subsiding a little. I didn’t have much time to make the next station, so the herder gave me one of his fastest horses and we flew out of the station. We galloped faster than I’d ever been in my life, and made it to the station only 9 minutes late. I felt on top of the world.

Navigation of the course is a seriously important skill to nail down for the derby. There is no marked trail out there; all you have is a GPS and your wits.

Prior to everything I had used a GPS unit only once, with Sarah Cuthbertson. And I kind of cheated because there were flags up on the trail that I could follow.

Luckily at start camp they give us a crash course of how to use the GPS, and we got to do a training ride in which we navigated to a set point. That ride was possibly the most important bit of training I received! I learned so many things: